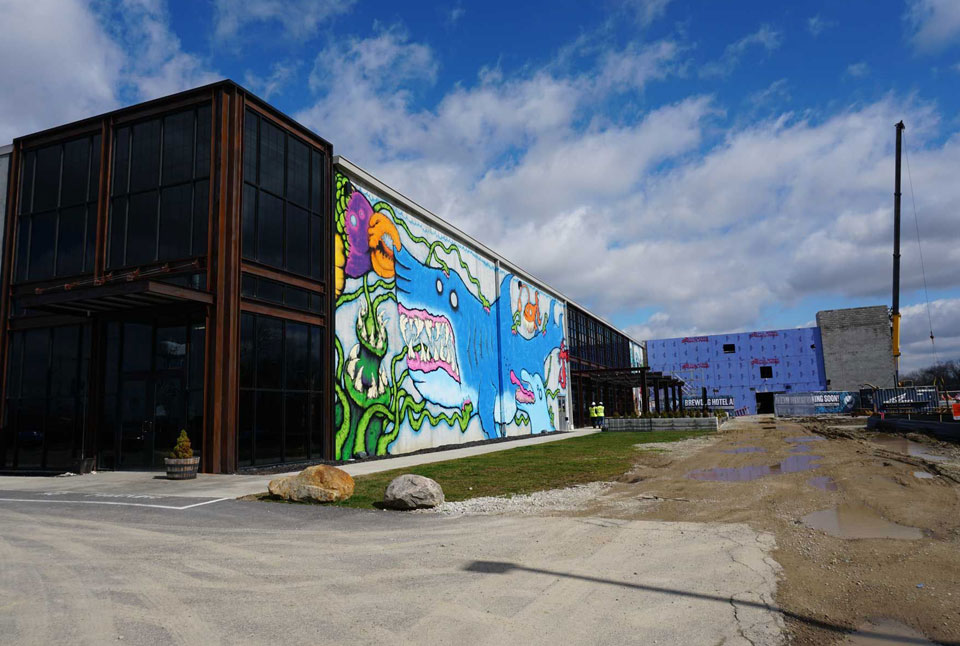 Situated just 10 miles from downtown Columbus, the “world’s first crowdfunded craft beer hotel” is now under construction in Canal Winchester, Ohio. The 3-story, 50-room hotel will be the first of its kind with rooms overlooking brewing facilities and beer coolers in every shower (yes, shower); completely immersing guest in the craft beer atmosphere.

The hotel will be attached to BrewDog’s first US brewery and an all-new, state-of-the-art sour beer brewing facility. BrewDog, the company building the widely-anticipated Doghouse Hotel, is a craft brewery that began in Scotland 10 years ago.

The company’s crowdfunding Indiegogo campaign was created to enable BrewDog to fast track the project through to completion. Initially, the campaign sought $75,000 in crowdfunding to open its first ever hotel within an aggressive timeline. However, due to increasing consumer interest, the campaign ultimately raised $330,000. Consumer interest was driven by the hotel’s unique design which places craft beer at the core of all function, including beer themed rooms, craft beer spa treatments with bespoke hop oils, malted barley massages, and a ‘hoppy feet’ pedicure, craft beer infused meals, and of course tours of the brewing facilities.

With claims of being the new “hoppiest place on Earth,” BrewDog intends to create a craft beer destination akin to their brewery in Ellon, Scotland which has become a travel destination for many across Europe. The Doghouse hotel and sour beer brewery is estimated to cost $6 million, and has an accelerated occupancy date of Q3 2018. In an effort to expedite construction to allow for on-time occupancy, BrewDog sought out innovative building materials with time-saving in mind, beginning with the building shell package.

Due to the ability to build stronger, faster, and lighter, the All Steel Mid-Rise cold-formed steel framing system was selected as the solution to erect the shell quickly and safely, without sacrificing quality. Constructed utilizing All Steel’s Timberless-44 floor system and wall panels, the structure was erected in just 18 days.

By completing the shell at an expedited rate comparative to standard wood framing, follow-up trades were able to begin work ahead of schedule therefore saving time and ultimately money. Cost savings are also incurred due to the fact that the systems are prefabricated off-site, allowing for reduced manpower. Additionally, off-site prefabrication ensured that despite winter weather that would typically halt construction, work is able to ensue in order to maintain a strict schedule.

The highly-anticipated Doghouse hotel is on schedule to receive its first guest in fall of 2018. 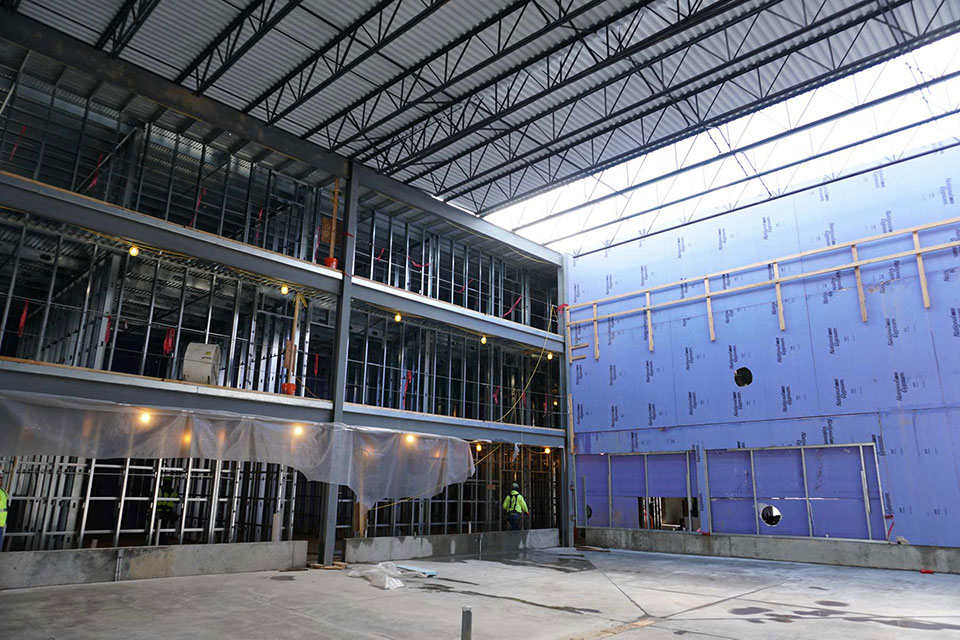 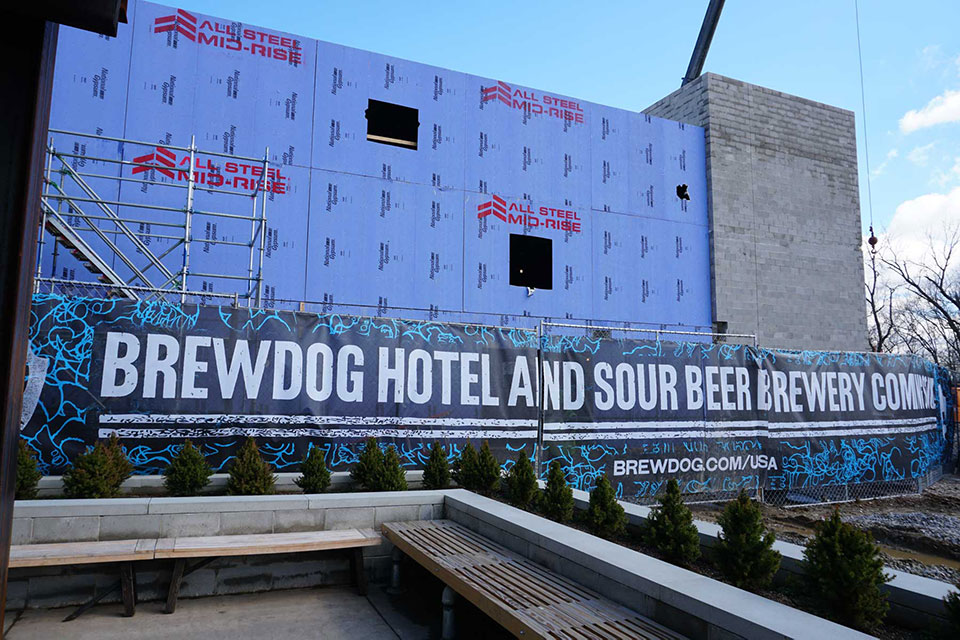 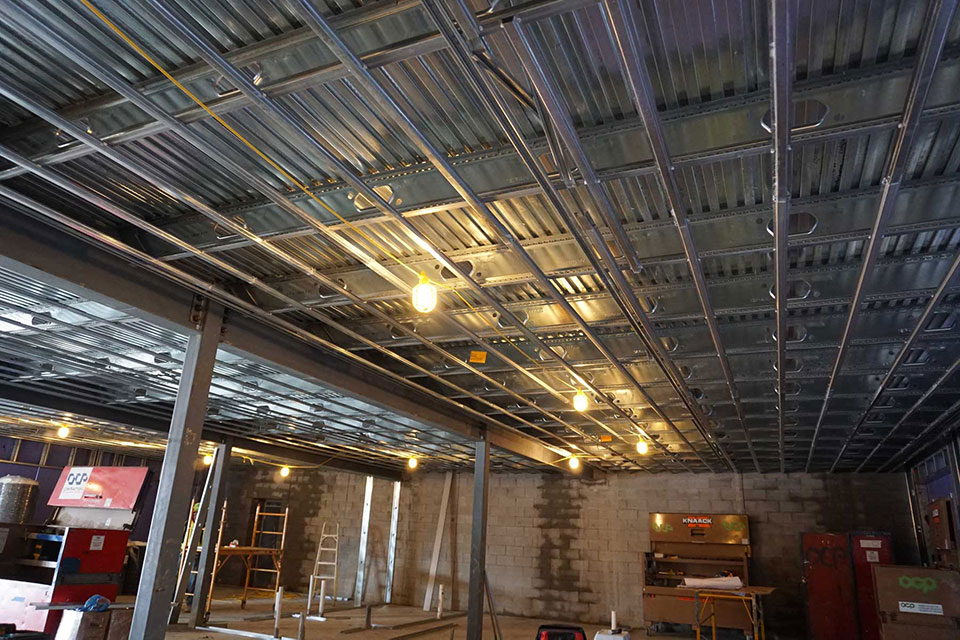 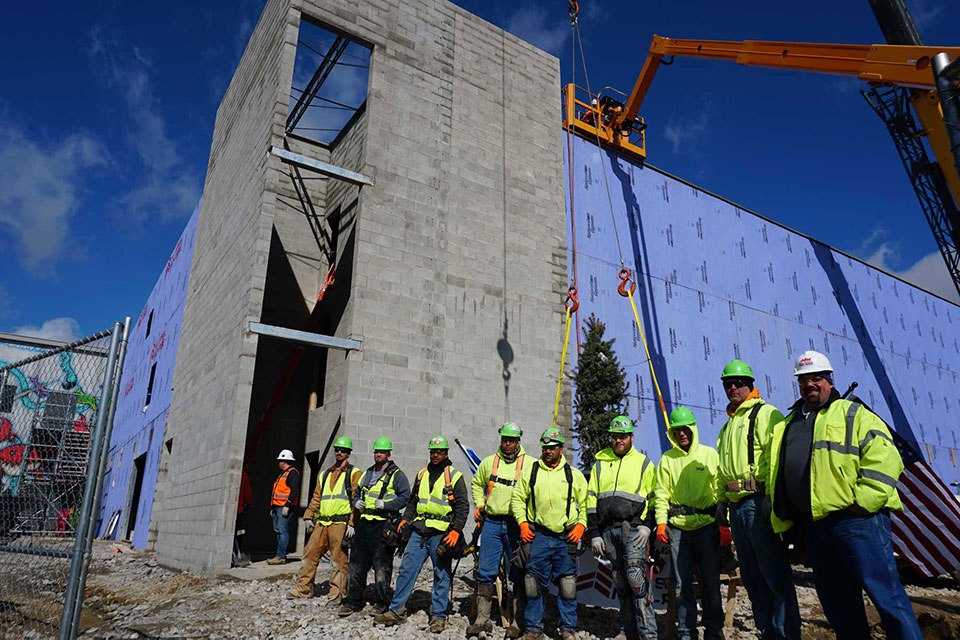 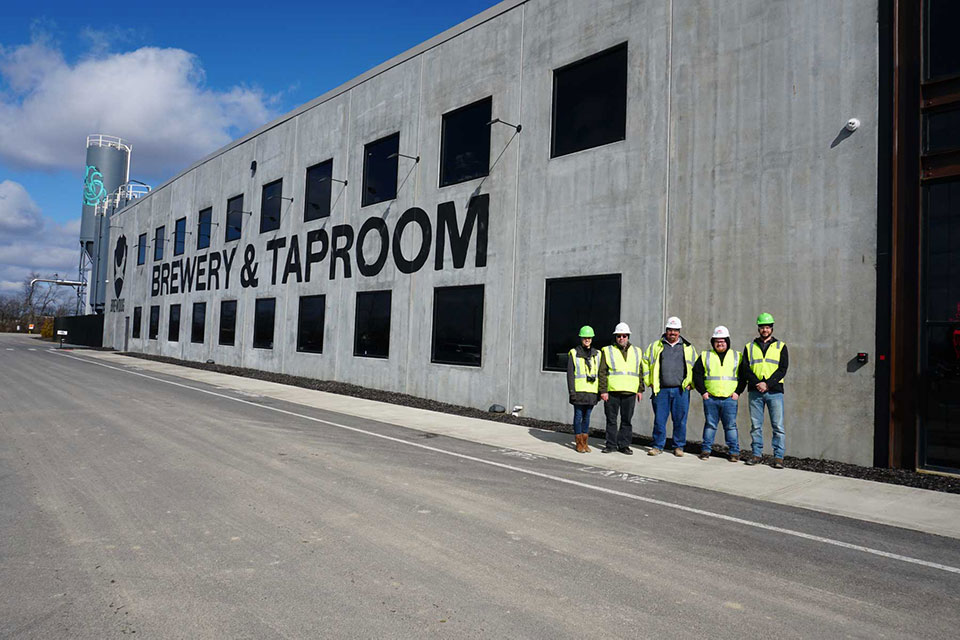