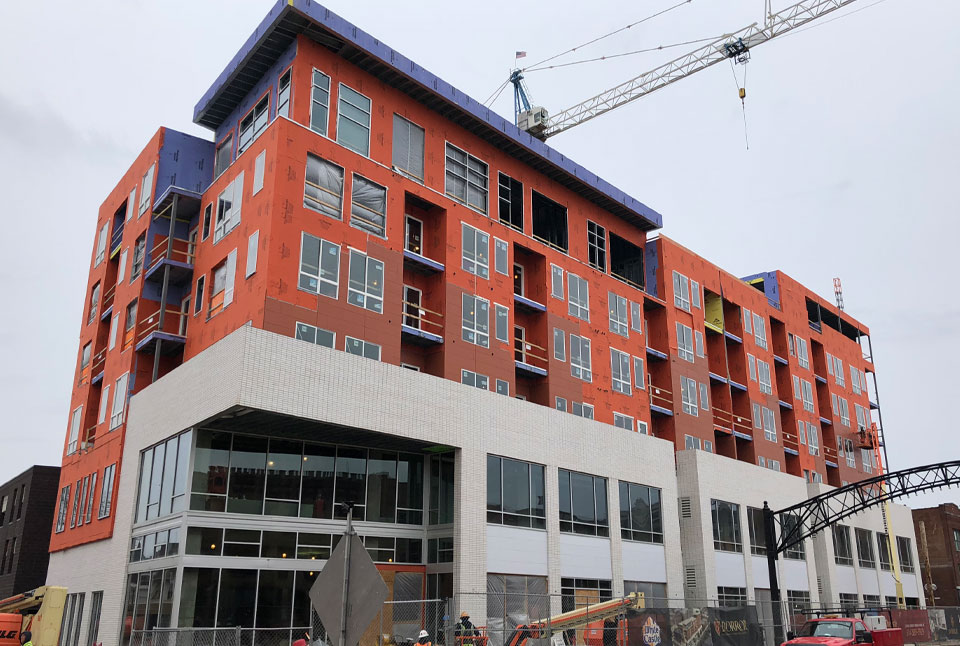 The Short North, ideally positioned between The Ohio State University campus district and the city’s central business district, continues to be one of the fastest growing neighborhoods in Columbus. Formally White Castle restaurant #13, The Castle will be the newest high-end addition to Columbus' Short North Arts District. A joint venture between White Castle, Borror, and the City of Columbus, The Castle is a mixed-use complex complete with premium finishes and amenities.

The design incorporates 11,000 square feet of retail space, 12,000 square feet of office space, a public parking garage, 105 high-end luxury apartments, and a covered roof terrace featuring views of the Short North and downtown Columbus. The Castle will of course also feature its very own White Castle restaurant. The building is six stories tall along High Street and eight stories tall in a section set away from the street, with neighboring buildings bounding the space on two sides.

As a highly populous area with daytime population reaching 230,196 people, of primary concern was the effect that construction would have on the surrounding area. Developers were challenged to complete shell erection in a compressed space, with minimal disruption to the surrounding neighborhood. While the parking garage and podium levels were designed to be cast-in-place, developers sought innovative construction methods to build the remaining levels efficiently and safely despite limited construction area. Developers chose to utilize cold-formed steel framing on the remaining levels as an optimal solution to the limited construction area.

Cold-formed steel framing is ideal for use in mid-rise construction due to its ability to shorten project cycles while utilizing fewer resources. Quality, sustainability, and durability are not sacrificed despite compressed schedule and limited construction area. Panelized construction allows for entire systems to be prefabricated off-site. Upon delivery to the site, panels are unloaded and installed in the order they are delivered, this method allows for entire shell building packages to be installed efficiently and quickly, thereby compressing the schedule.

The 105,000 square-foot cold-formed steel framed structure composed of the All Steel Mid-Rise Timberless-44 system was successfully completed on a compressed schedule, allowing for other trades to begin work sooner. The project is scheduled to be open to residents beginning fall of 2018. 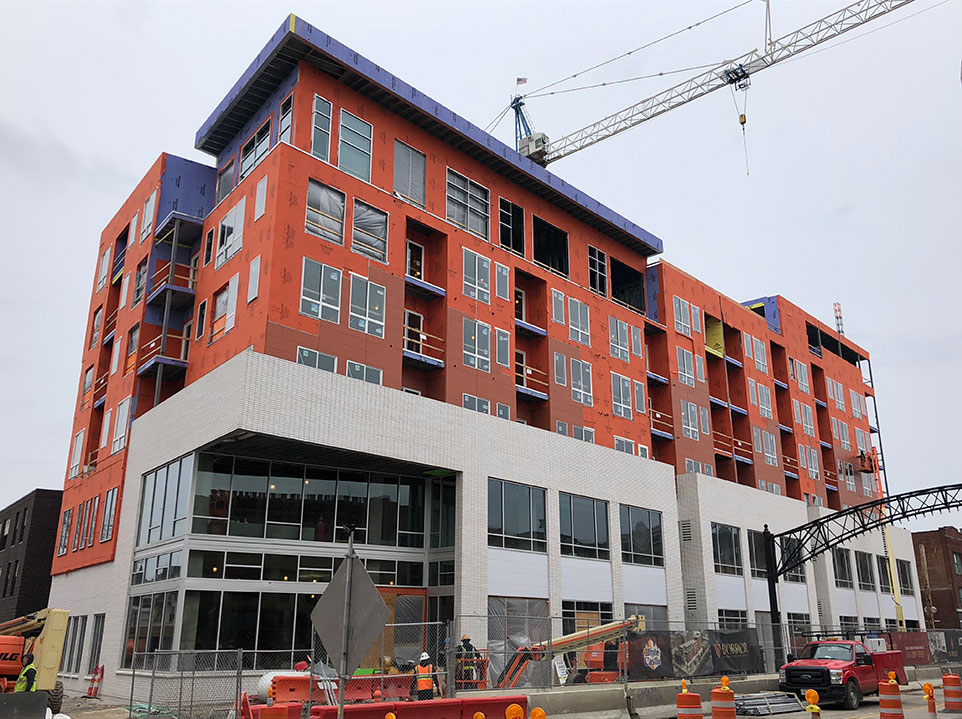 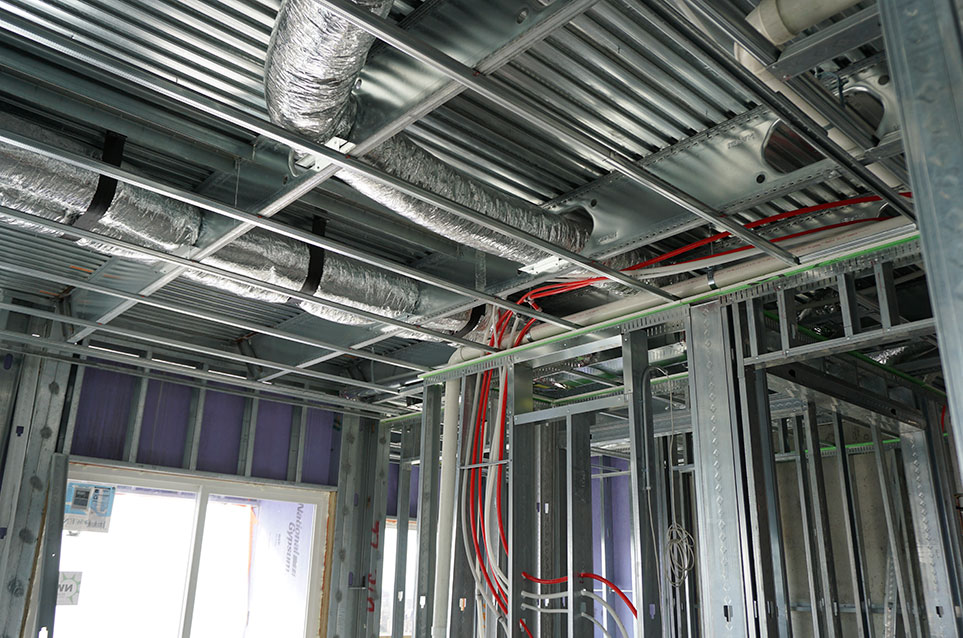 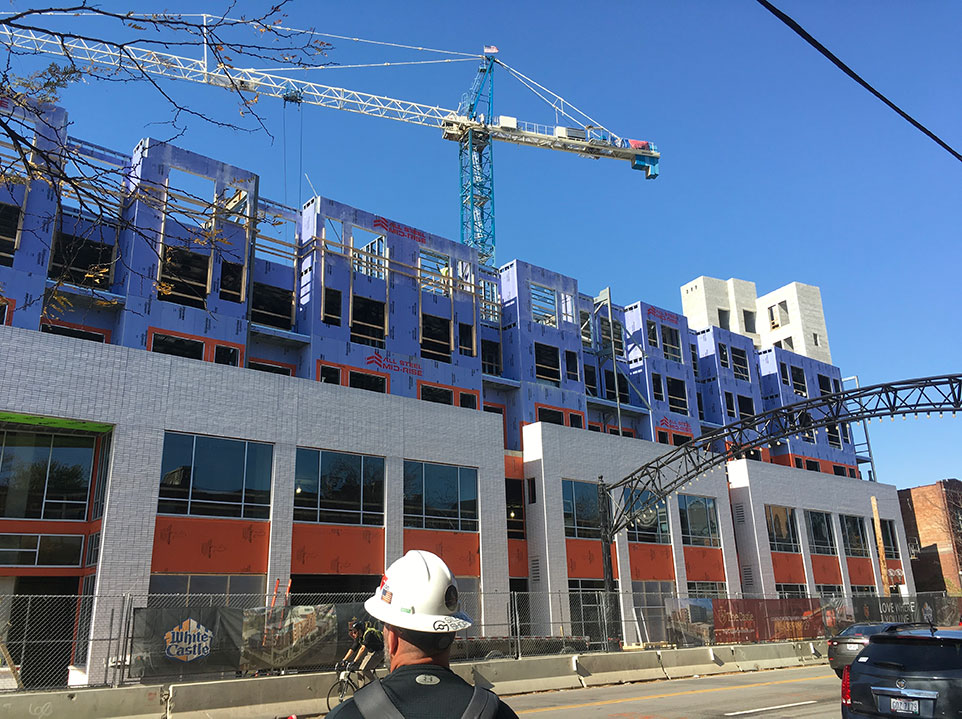 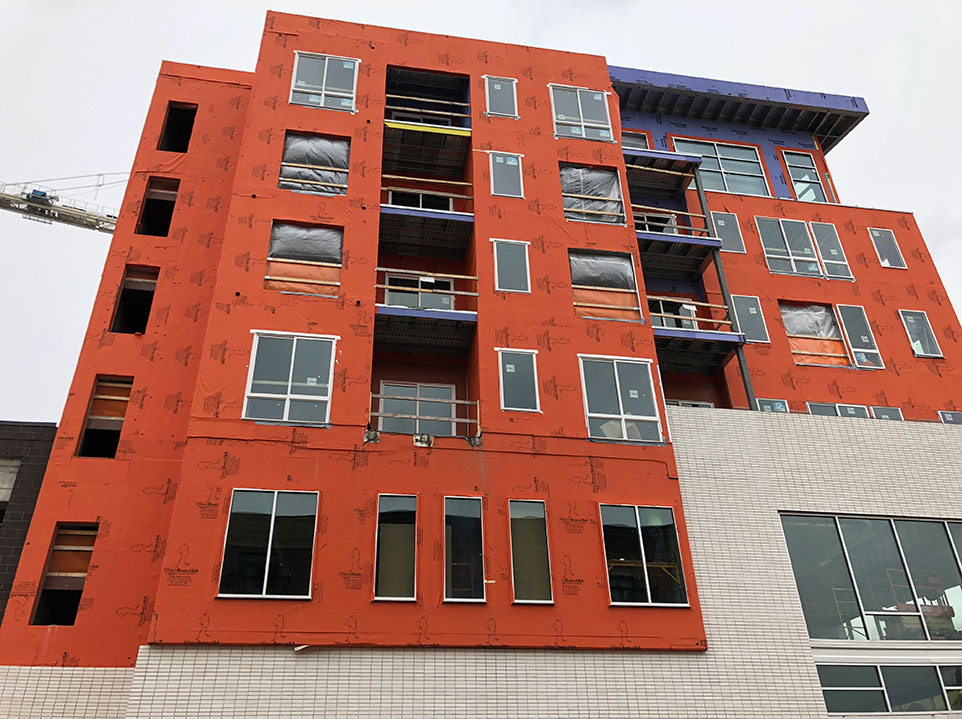